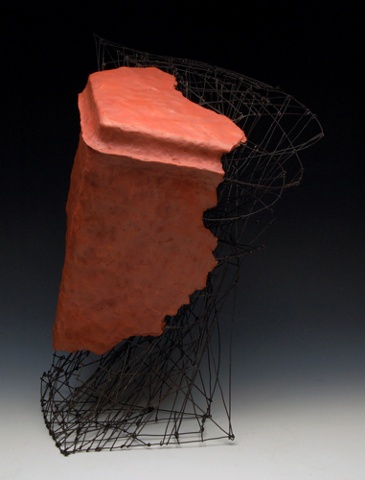 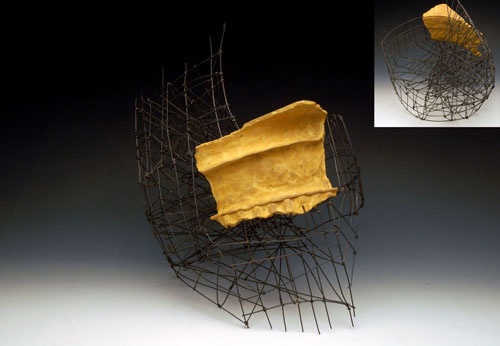 In this World or Another
2011
clay, gold leaf, wire, paint 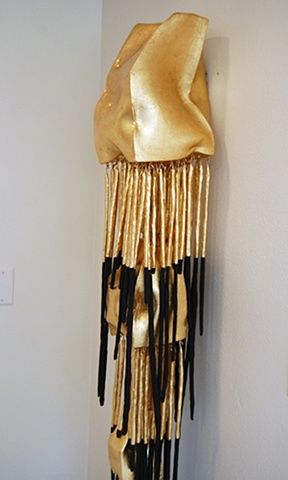 In This World or Another detail 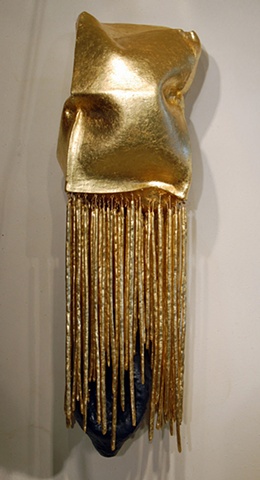 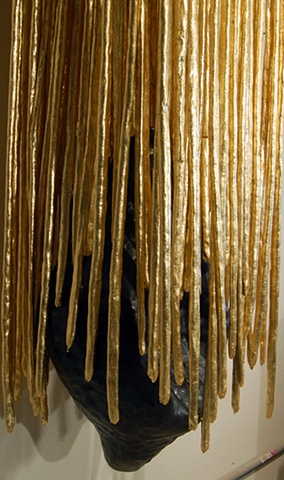 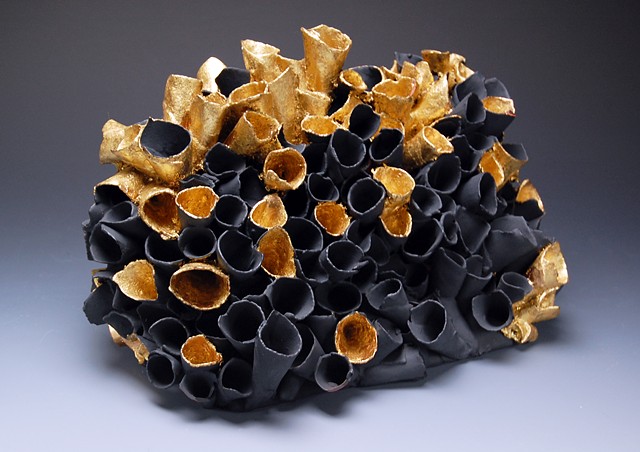 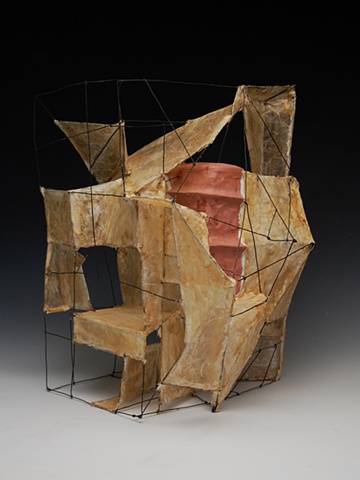 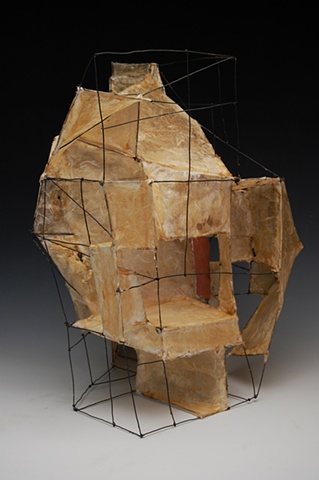 artifact skin (other side) 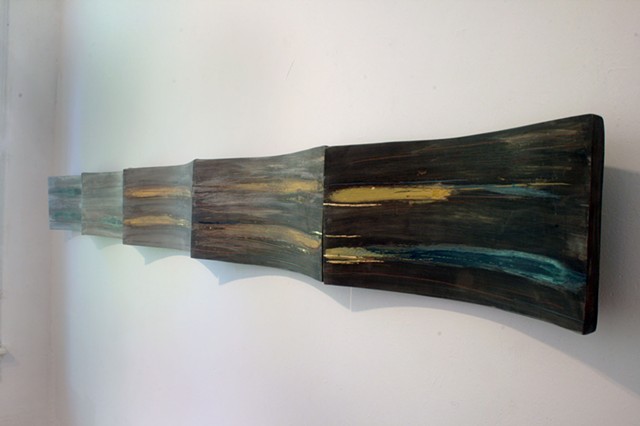 on the way and back again 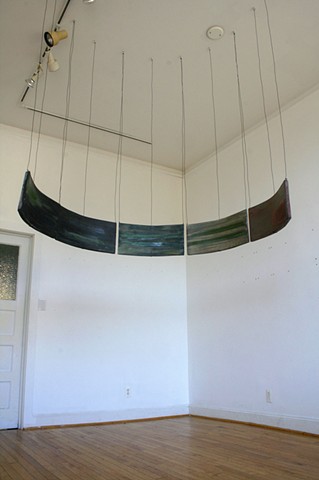 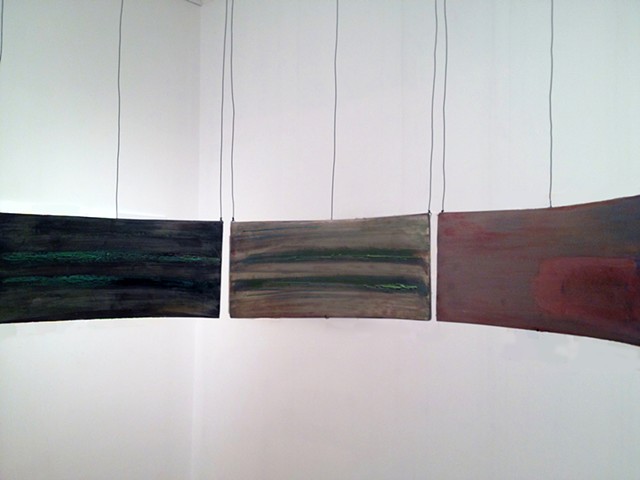 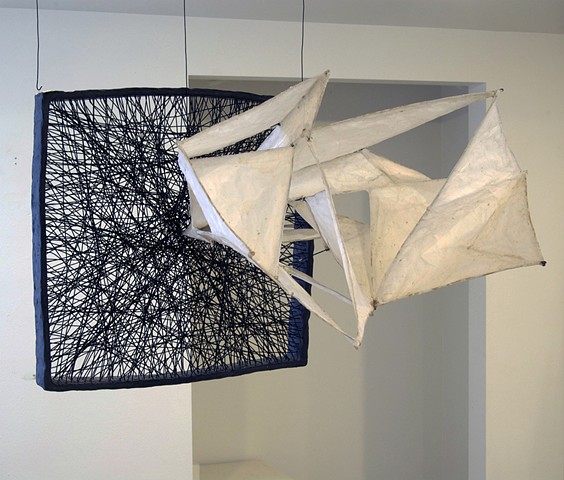 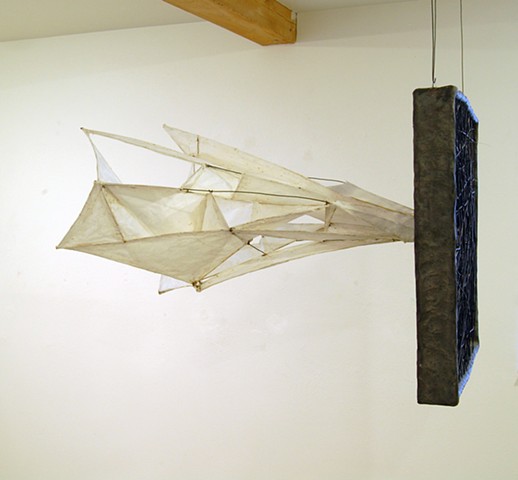 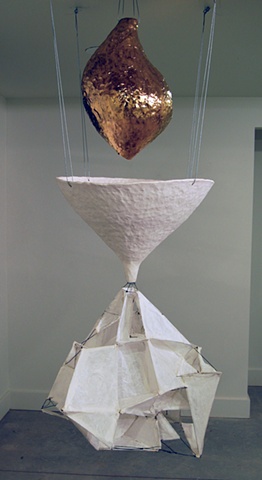 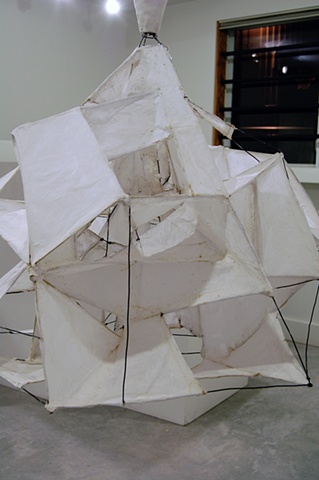 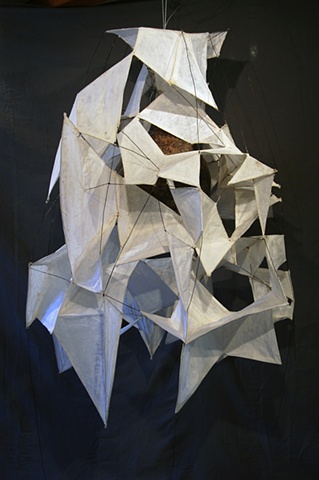 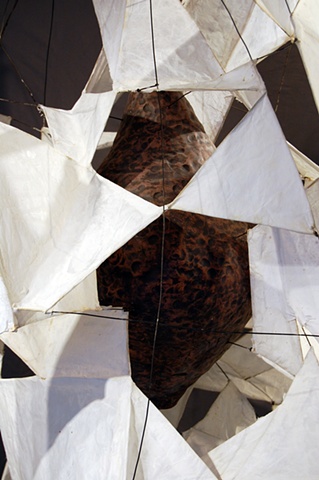 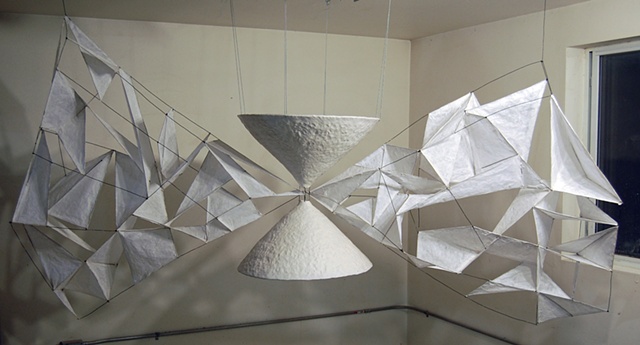 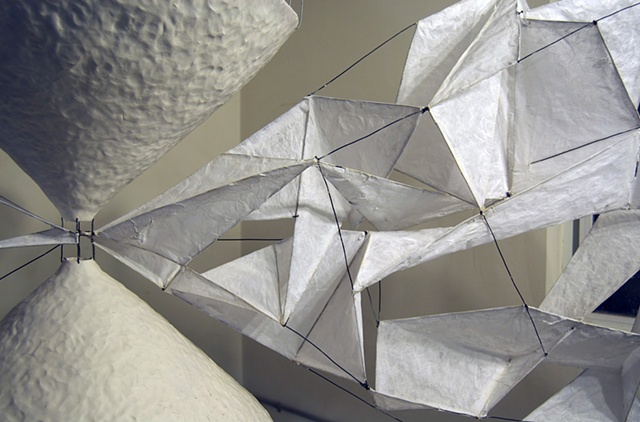 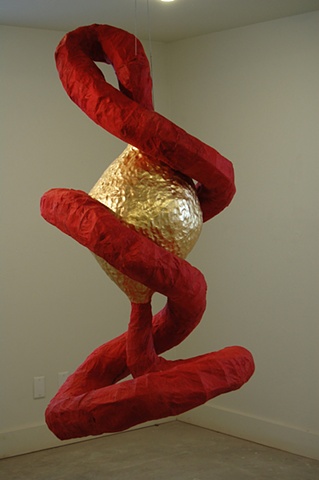 she lives by her gut
earthenware with gold leaf, wire, paper 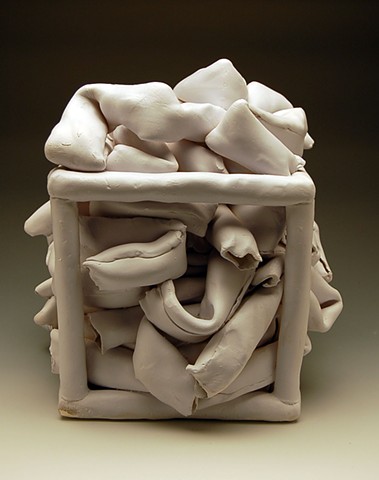 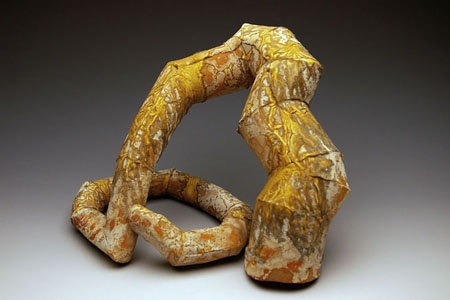 click here to read an article about some work from Missoula 2010, artist in residence program Artifact Series 2009-2010 The series includes: Triumphal Arch, Artifact, and Artifact skin

Artist statement: I’m drawn to the space where the visceral and structural meet, to objects with an obscure line between body and architecture. In the interstice between the two exist the opportunity to symbolically explore paradoxical states of the prodigious and intimate; the monumental and vulnerable; the absolute and the fallible.

The materials I work with - clay, resin, wax and paper, act as a visual language with which to explore this interstitial space. Through examining the varying physical properties, whether mutable, transient or permanent, these often-contradictory elements present the possibility to explore seemingly irreconcilable experiences, such as permanence and impermanence, possibility and unatainability, stability and instability.

I am currently preoccupied with the complex and shifting meaning of artifacts. Artifacts carry within them many layers, from a particular history and purpose, to the new meaning it takes on as evidence and records of a past place, time, and people, as well as the alluring and enigmatic layer of their often-fragmented forms. These ideas of the artifact guide many of the objects I make, as I often refer to my work as evidence and remnants – tangible markers of a time, place, memory or experience.

Through dismantling and reconstructing, the objects move from relics of their former self’s to something new. In this transition meaning shifts from what the object was to what it will be, creating an absence where stability and meaning can be questioned. In this mutable state the absence acts not as a lacking but a potential for a rebuilding, the opportunity of a new structure to be built from the debris of the old.