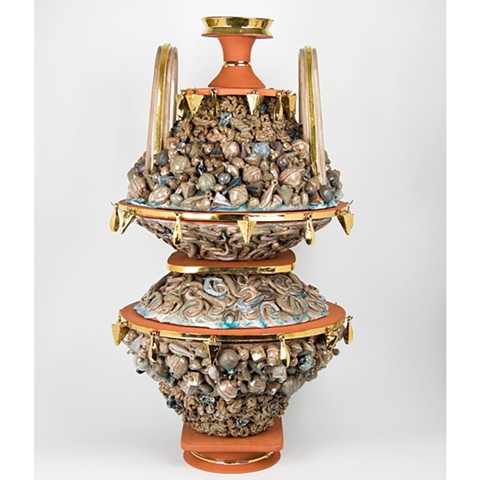 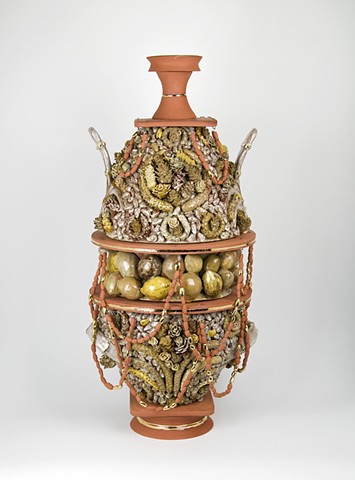 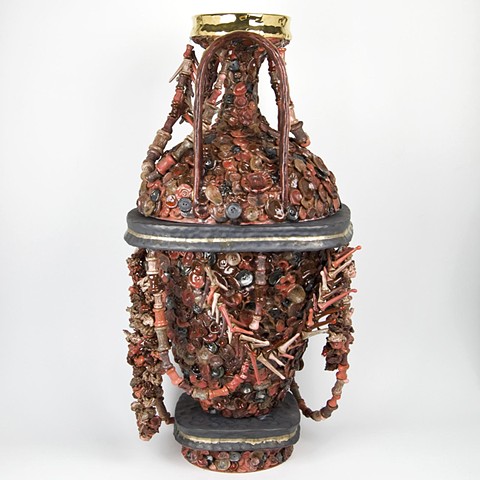 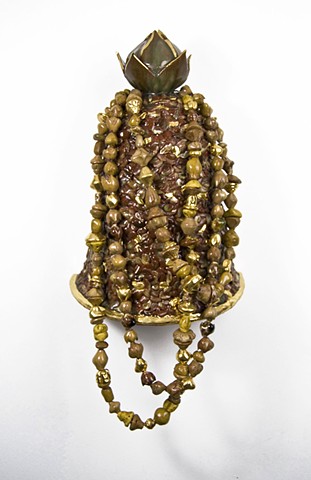 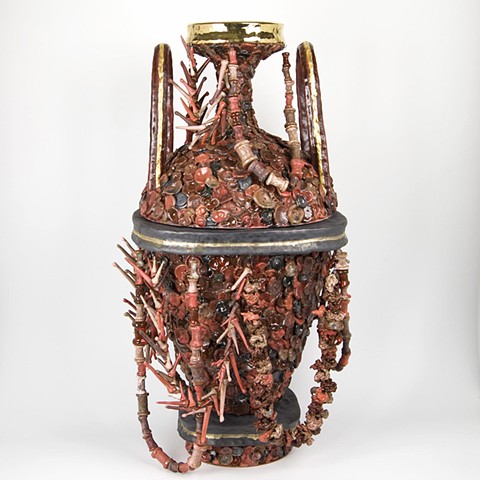 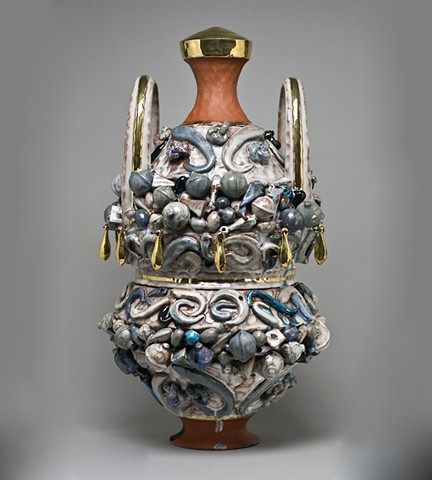 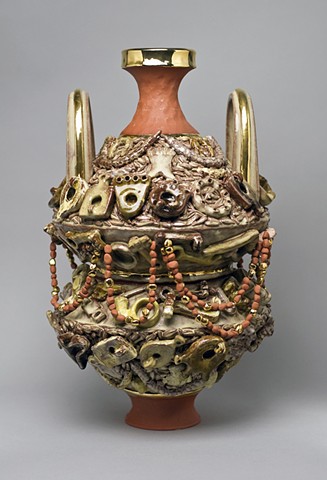 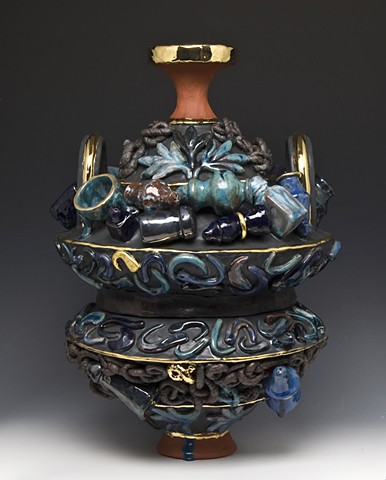 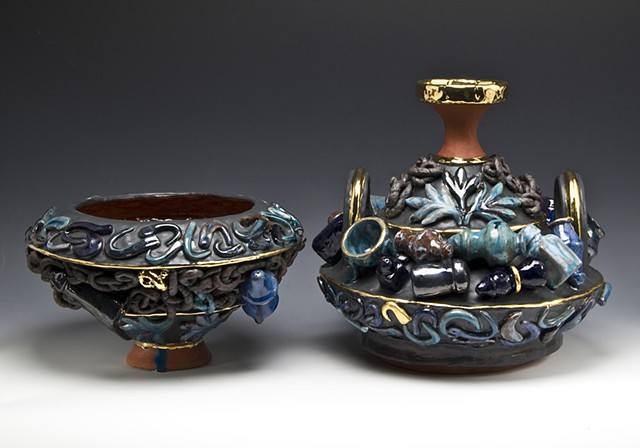 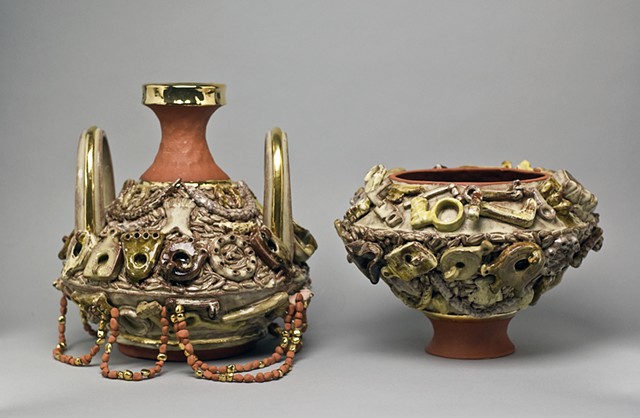 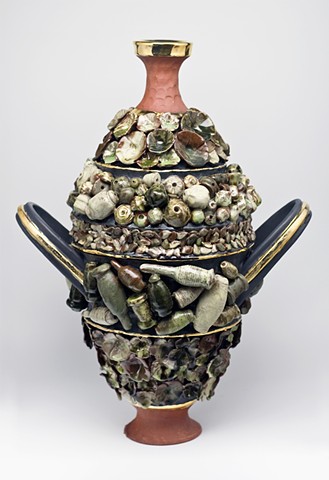 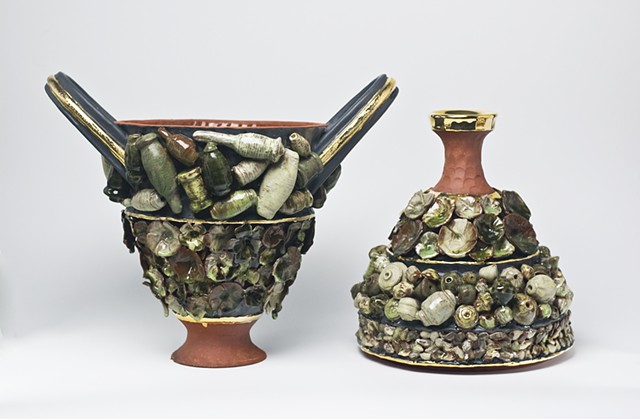 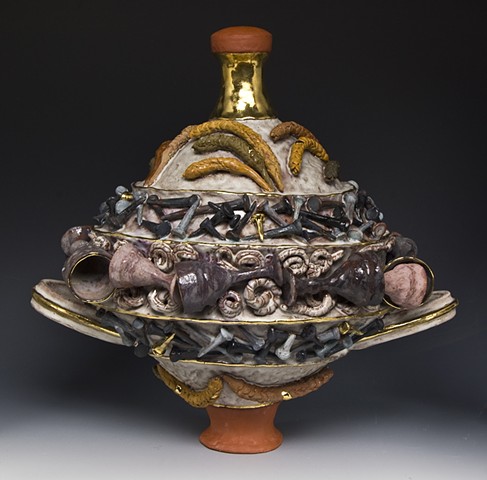 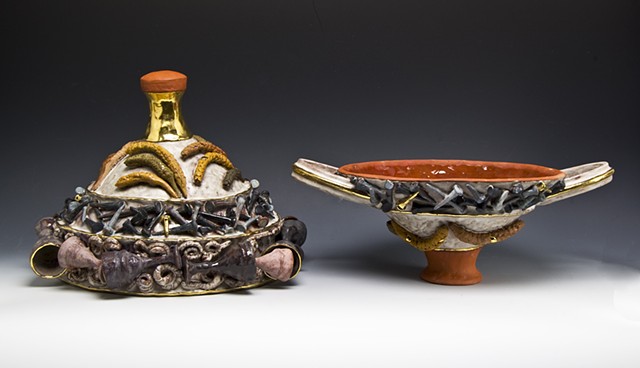 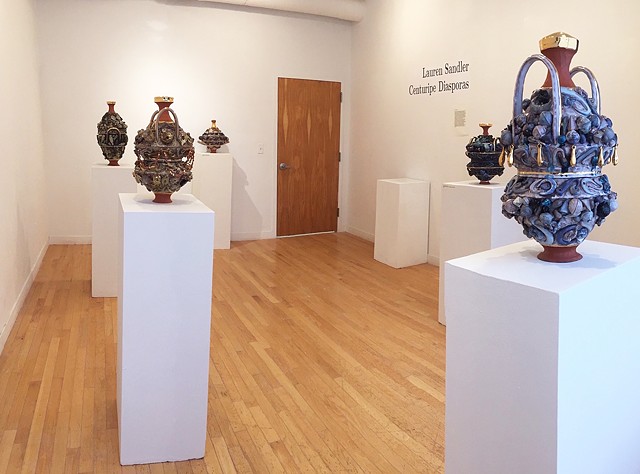 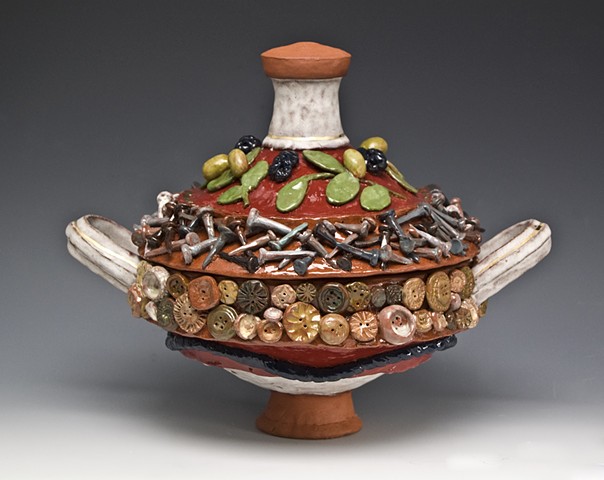 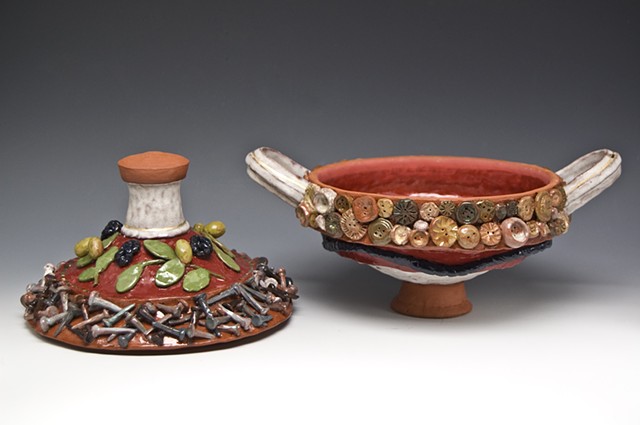 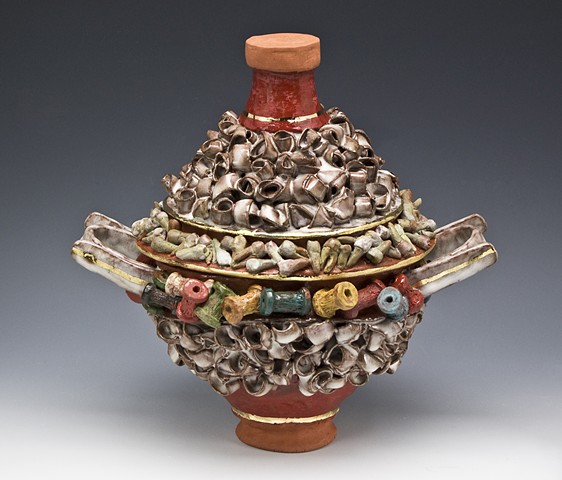 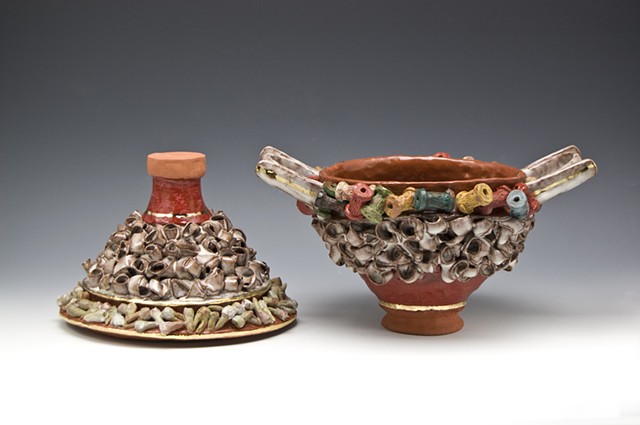 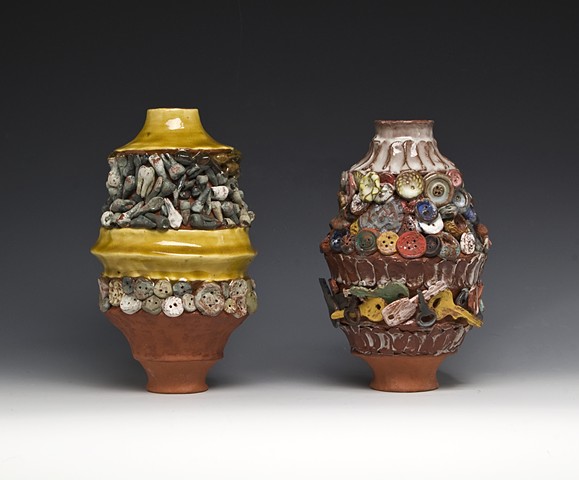 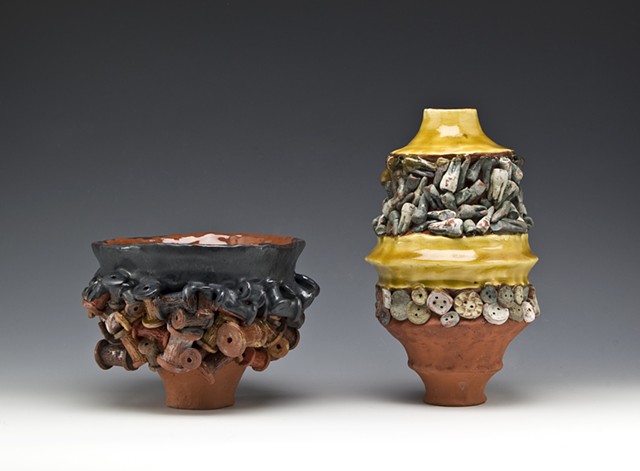 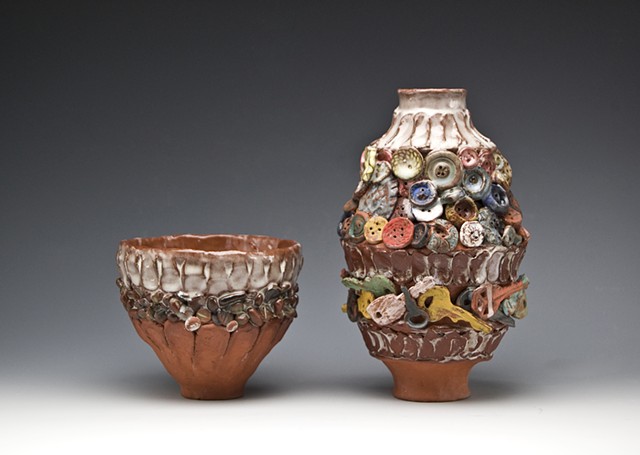 Informed by the lidded Lekanis of Centuripe, Sicily, produced from 300 to 200 BC, and adorned with quotidian artifacts, this series invokes the conjoined vessel of my familial cultures. I am drawn to the historic pots from the region where my mother’s family lives, for their visual awkwardness. In Centuripeware, multiple parts of foot, body, lid, and finial remain unattached, stacked one part on top of the other. This formal oddness called me to investigate their purpose and meaning, content and context. As I began to research the works from Ancient Greece and Rome, I found them to amplify the multiculturalism of the era, and refute the lie that classical antiquity was a homogenous time and place. These pieces interrogate a Euro-centric art history founded on racist narratives misappropriating earlier periods. The polychromatic works reflect migrations and diasporas, bridge painting and architecture, function and adornment, depict love and death, the sacred and everyday, illustrating myths and reality. The repeated objects attached to the forms, create a combined vessel and evoke my own embodiment of parental heritages. They represent movements of people, trade, and commodities. This series express lives present often in absence, a robust declaration of the multiple perspectives and truths alive in the work.